Safety hazards in the mining industry may be more prevalent than in any other work environment. However, proactive measures safeguard miners and productive operations. With this peace of mind, safe mining is possible without hurting your productivity. Digital technologies such as wearables and collision avoiding systems can help you achieve mining safety and operational excellence in a big way. 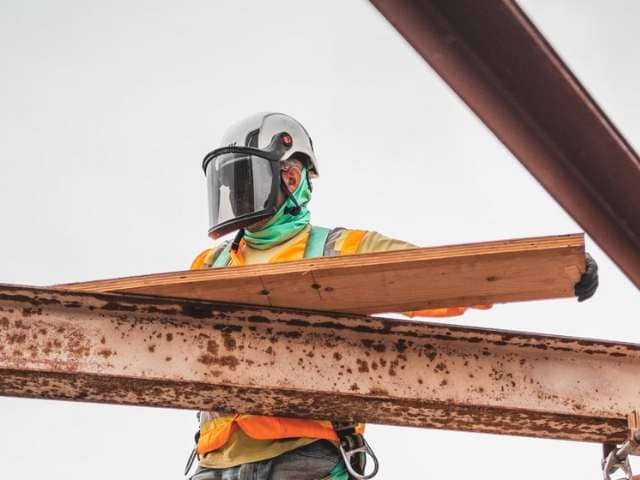 Mining safety relies on training and standards. It is important to ensure effective training sessions, and one easy way to do it are toolbox talks.

To increase awareness of workplace hazards and improve safe behaviour, toolbox talks are an easy way to keep safety front and center in their workers' minds. These short pre-written safety meetings are not intended to replace formal OSHA safety training but to supplement it. 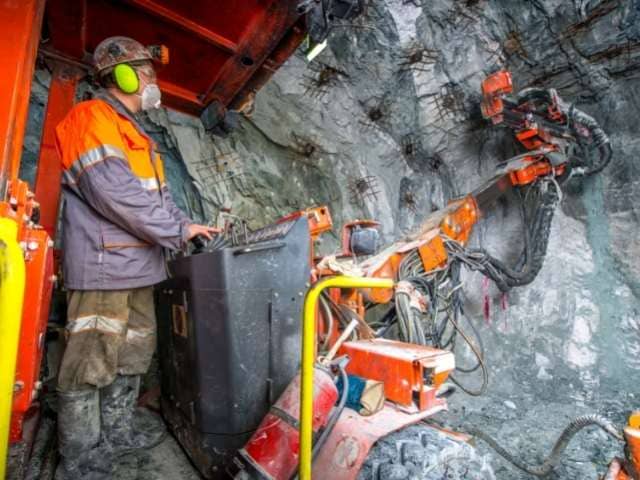 Blast mitigation is an essential concern for mining and tunnelling. We compiled a list of practices how to mitigate blasts to increase safety in mines and tunnels. 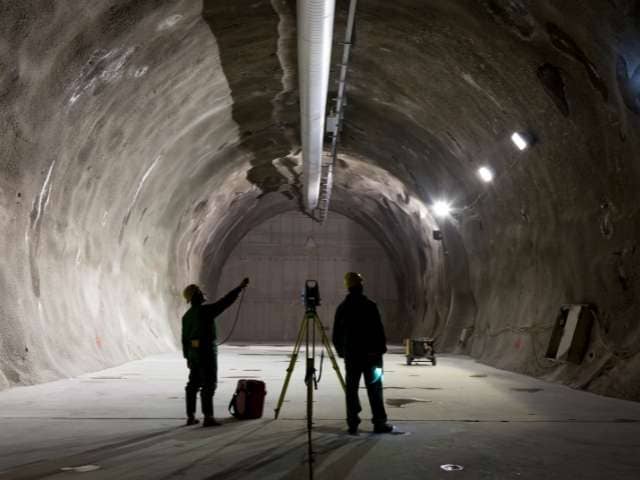 Mining is a risky business: Being underground doesn't feel natural as it is a harsh environment for humans. Safety is a top priority for mining operations because the areas feature extremes in temperatures, air quality, and impacts. To improve mine safety, we put together five essential safety tips: Assess hazards, maintain a safety culture, wear personal protection gear, keep your equipment in perfect shape, improve visibility. 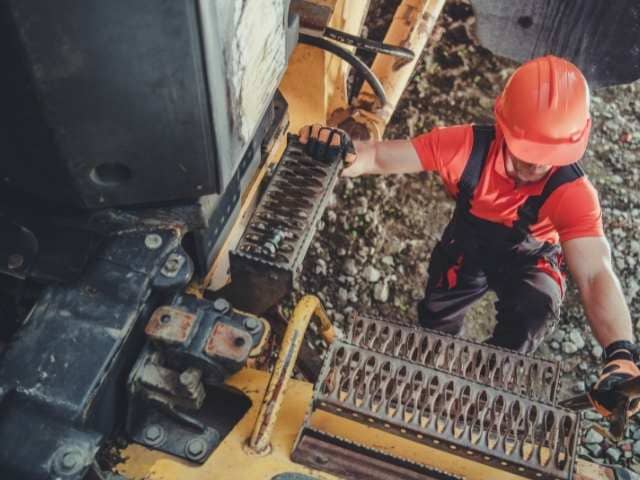 Six ways to reduce the risk of accidents in mines

We compiled six suggestions for miners to decrease the possibility of a safety risk. Let's advance mining safety! 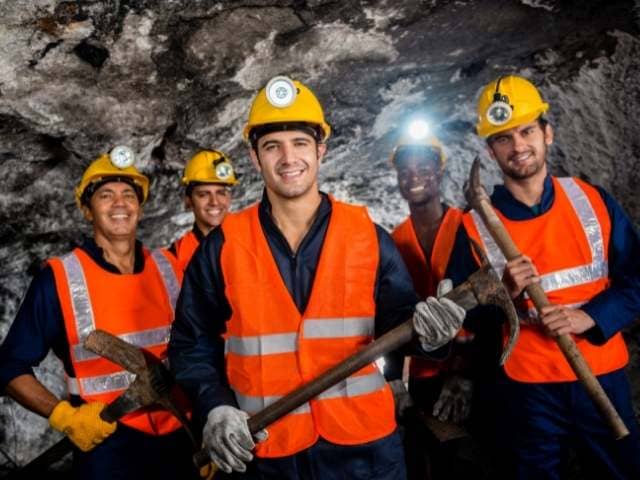 Mining is a risky business: Being underground doesn't feel natural as it is a harsh environment for humans. As a result, safety is a top priority for mining operations because the areas feature extremes in temperatures, air quality, and impacts. 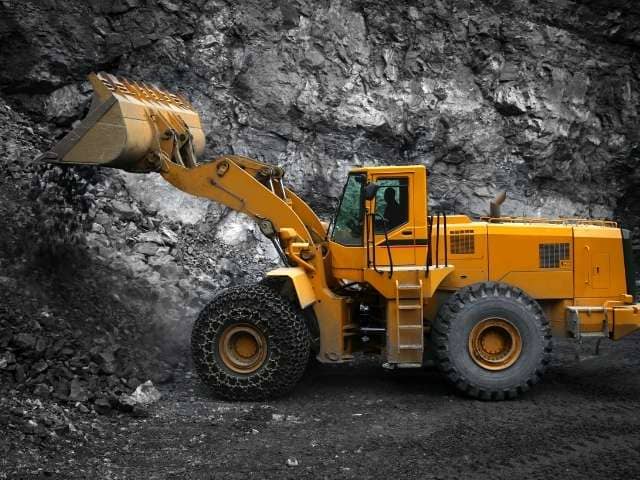 Mining Safety: How to conduct a safety assessment?

How much is your team exposed to risk on the job? Not only does a safety assessment identify potential issues impacting the staff, but this assessment is essential to help you see how (mining) safety risks impact your business.

A safety assessment is a systematic procedure that aims to identify anything endangering any people involved, including workers, contractors, visitors, customers, or the general public. The risk could also result in an otherwise unwanted outcome, including bodily harm, legal or regulatory liability, or loss of property or productivity.

As mining has always been a hazardous workplace, safety is a prime concern. Mining safety laws have been essential to provide fundamental layers of regulation but failed to address ignoring or neglecting behaviour.

Installing a mining safety culture within the workplace improves employee safety and impacts how employees feel about their company, increasing their positive feelings about their organisation. 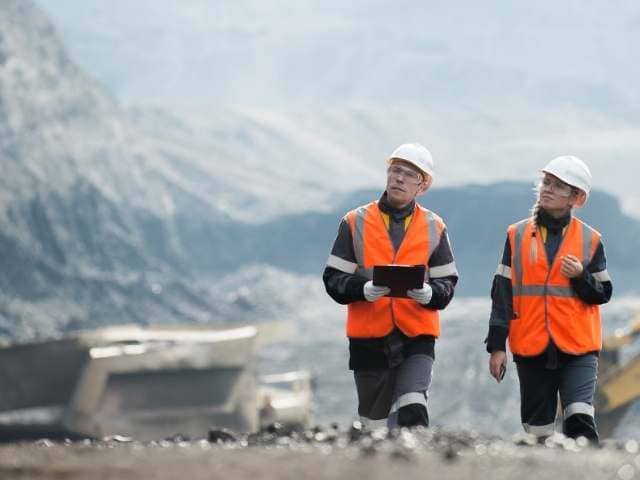 Mines are still one of the most perilous working environments. Sophisticated and innovative mining safety systems like IDENTEC SOLUTIONS' Crew Companion provide visibility and real time information when you most need it.

Today, “Zero Harm” is a popular buzzword throughout the mining industry. Many initiatives have been launched: Changes in the mine design, excavation monitoring, implementation of autonomous systems, explosion-proof equipment etc. And even though all these impressive strides were the number of annual incidents is still too high. 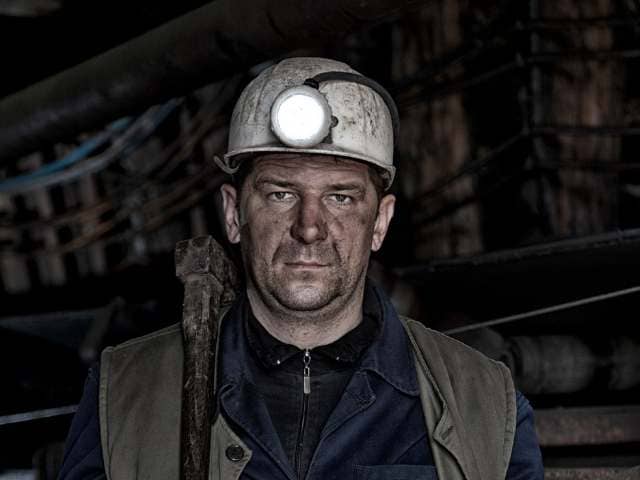 LKAB is an international high-tech mining and minerals group that mines and upgrades iron ore in northern Sweden for the global steel market. Their mine in Kiruna, Sweden is the largest and most modern underground iron mine in Europe. Founded in 1890, the company has been state-owned since the 1950s. 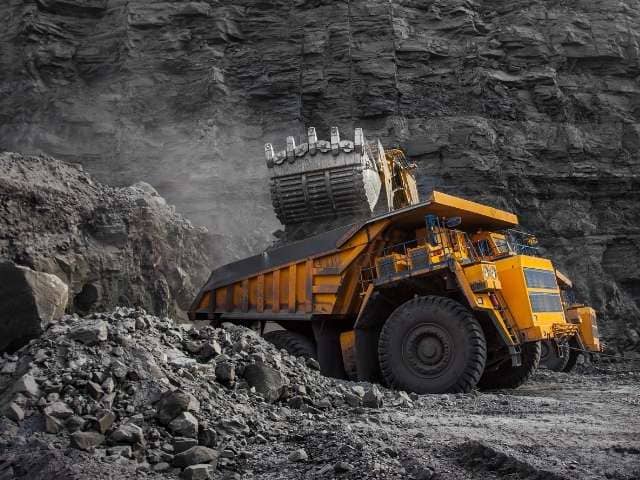 Safety training is more than just practice: it offers insights on improved processes and regulations. Wearable transponders play a crucial role in gaining such insights during training. They also prove valuable in avoiding, mitigating and warning of hazards in real work scenarios.

To improve safety and working conditions in mines, advanced mining safety frameworks have been made mandatory. They include preventive measures, regular health checks and the mandatory usage of protective devices, but also regulate the usage of materials and tools, and in addition, the necessary training of miners and mine rescue teams in safety-related matters. 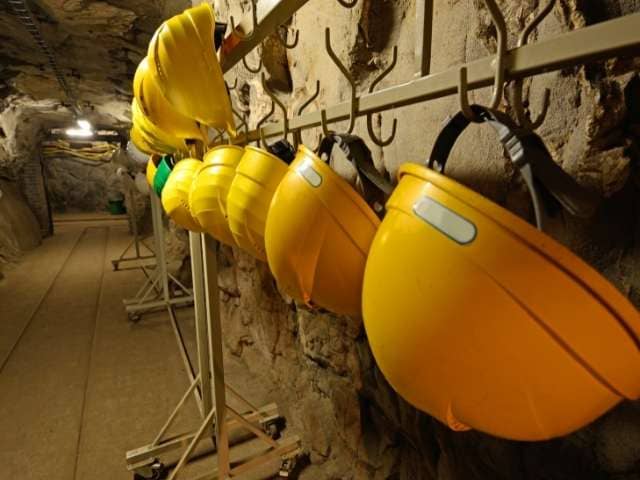 The mining of natural resources contributes to a significant portion of the world's economy. As the individual country owns underground resources, they regulate ownership, exploitation and mine management by particular laws. Mining is a lucrative business investment, attracting capital and corporations and contributing to the wealth of a nation. Both sides profit from a stable framework and predictable legal rights and obligations. 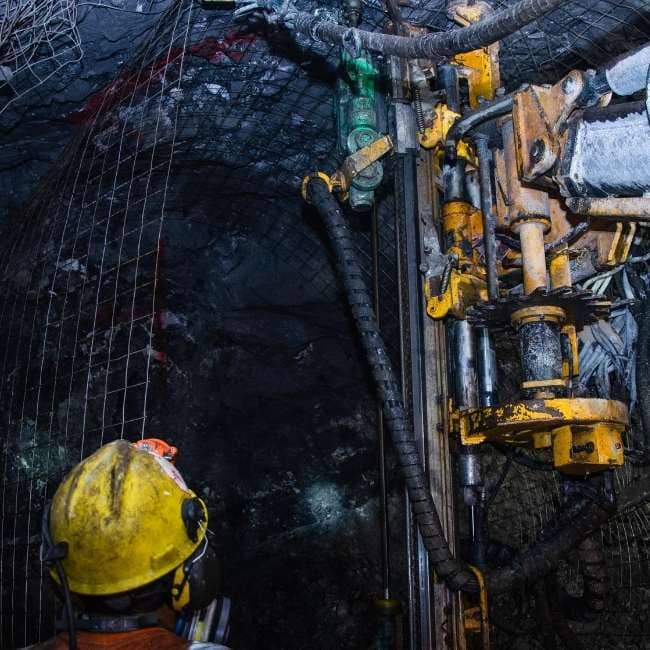 In recent years, wearable devices have been introduced as miner technology to support production, health and safety management, and environmental quality monitoring. For example, smart safety helmet gas sensors can alert in case of dangerous concentrations of harmful gases. This blog post explores wearables and their use in the mining industry.

Wearable technology is generally any electronic device worn on the user's body. Such devices can take many forms, including jewellery, accessories, medical devices, and clothing or clothing elements. Wearable devices can be categorised based on their function, appearance, and proximity to the human body. A short list of popular wearables includes smartwatches, smart glasses, fitness trackers, smart clothing, wearable cameras and medical devices.

Miners and mining operations continue to work under potential hazards, despite mining safety regulations that vary across the globe. Proper risk management suggest preparedness how to deal with risks.

Mining safety training is more than just practice: it offers insights on improved safety processes and regulations. Wearable transponders play a crucial role in gaining such insights during training. They also prove valuable in avoiding, mitigating and warning of hazards in real work scenarios. 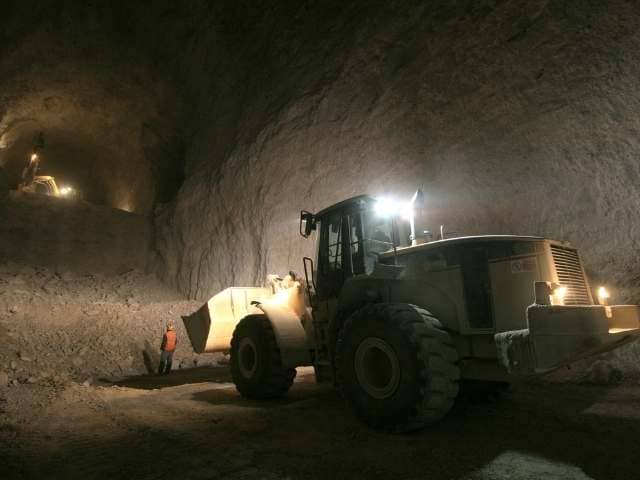 The way to zero harm is long. In 1977, when the Mine Act in the US was passed, almost 250 miners died that year. It was not a historic year in terms of fatalities; it was rather an average year for the US mining industry. After enforcing the Mine Act, the number plummeted to 73 the following year and became stable at fifty for the next years.

The Federal Mine Safety and Health Act of 1971 was built on the 1969 Coal Mine Health and Safety Act. This mining safety framework consists of five parts. The first block is about comprehensive health and safety standards. These are standards that have been built up over time and rule everything in the mine. The mine operator is responsible for compliance with those standards, and employee misconduct is not a defence to a violation. 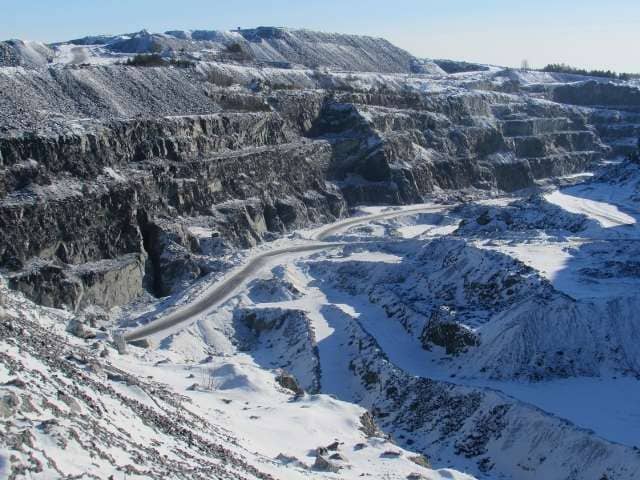 Safety and efficiency are the two building blocks in mining successful mining operations. Both depend on each other: the safer operations are, the more efficient. The more efficient processes are, the better controlled. As a result, fewer incidents, fewer production stops, and the better the operational and financial performance will be. As a matter of fact: facilities with an excellent safety record will also showcase higher productivity levels. 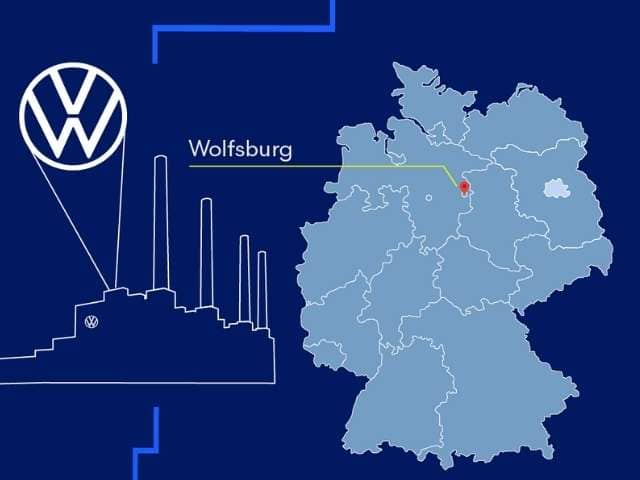 The Autostadt in Wolfsburg focuses on all aspects of mobility. The theme park and educational centre is one of the most popular tourist destinations in Germany. The Autostadt is also the world's largest new car delivery centre and home to the multi-brand ZeitHaus car museum.

2046. This is the year of the current life expectancy of the Kiruna iron ore reserves at level 1365, which recently increased from about 700 to more than 800 million tonnes. After significant exploration efforts, the resources have increased by 10 per cent compared to 2020. Since the start of mining operations in 1890, LKAB has mined more than 2 billion tonnes in all of its sites in Kiruna, Malmberget and Svappavaara. An absurd big number to swallow.

The iron and steel industry accounts for a quarter of the total industry's global carbon dioxide emissions. At the same time, steel demand is expected to increase by 50% by 2050. For LKAB, the challenging task is to produce iron ore responsibly and innovatively. The answer is to be sustainable in every process.

Get our success story