Shipping and law-enforcement officials say they believe about a third of cocaine cargoes from South America are moved around the world on commercial ships.

Ship and terminal operators are under pressure to deliver vast amounts of cargo on time, and the rule of thumb around the world is that only one in 10 containers gets checked.

This is the first half of a series about narcotics, container terminal safety and countermeasures through automation. 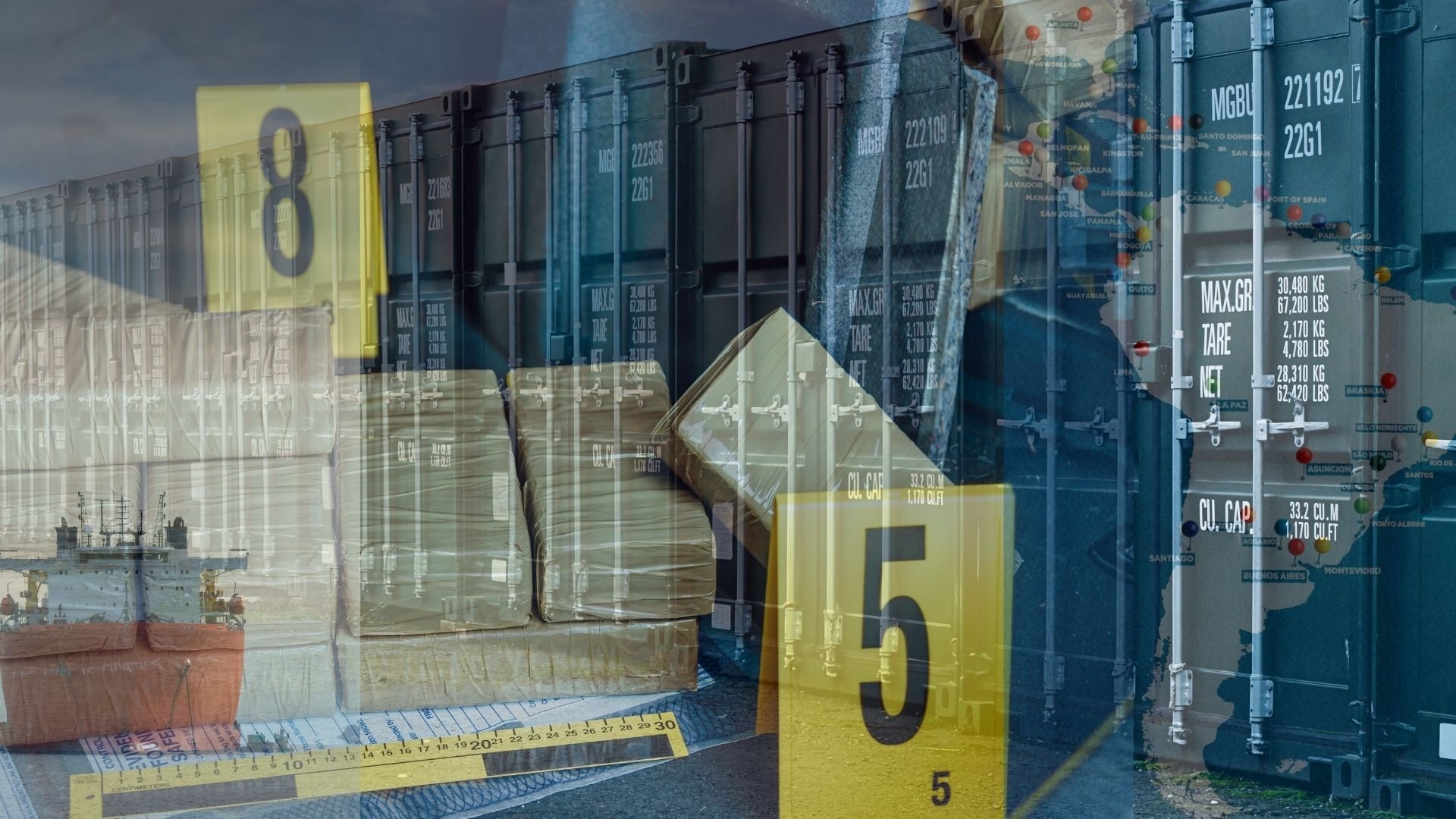 Thought to be a stop-over on the way from South America to Europe, the journey of MSC Gayane ended at the Port of Philadephia abruptly. On its way into Delaware Bay, US. Customs and Border Protection intercepted the vessel on June 16, 2019. Armed agents climbed the container ship and checked the locks on the containers were intact. Some didn't look as usual, and the giant vessel was escorted to the quay. The first thing the following day, the boxes that had been tampered with were X-rayed and then opened. According to US officials, the amount of discovered cocaine just didn't stop.

the story of MSC Gayane

It took an entire week to detect and register cocaine-made bricks within the ship's load. In total, they weighed almost 20 tons with an estimated street value of US$ 1.3 billion, which is the largest drug seizure in the history of the US customs agency.

The size of the drug discovery shocked the shipping industry, which was less of a surprise than stunning due to the sheer amount of drugs on board of a world-leading shipping company. It was the result of what is a growing trend in drug trafficking. Traffickers have used speed boats, trucks and small planes in the past to cross borders and evade detections. But today, camouflaging large amounts of narcotics in commercial cargo is the primary approach. Smugglers trust that illicit cargo won't raise alarms and get undetected in the global supply chain's immense stream of goods. 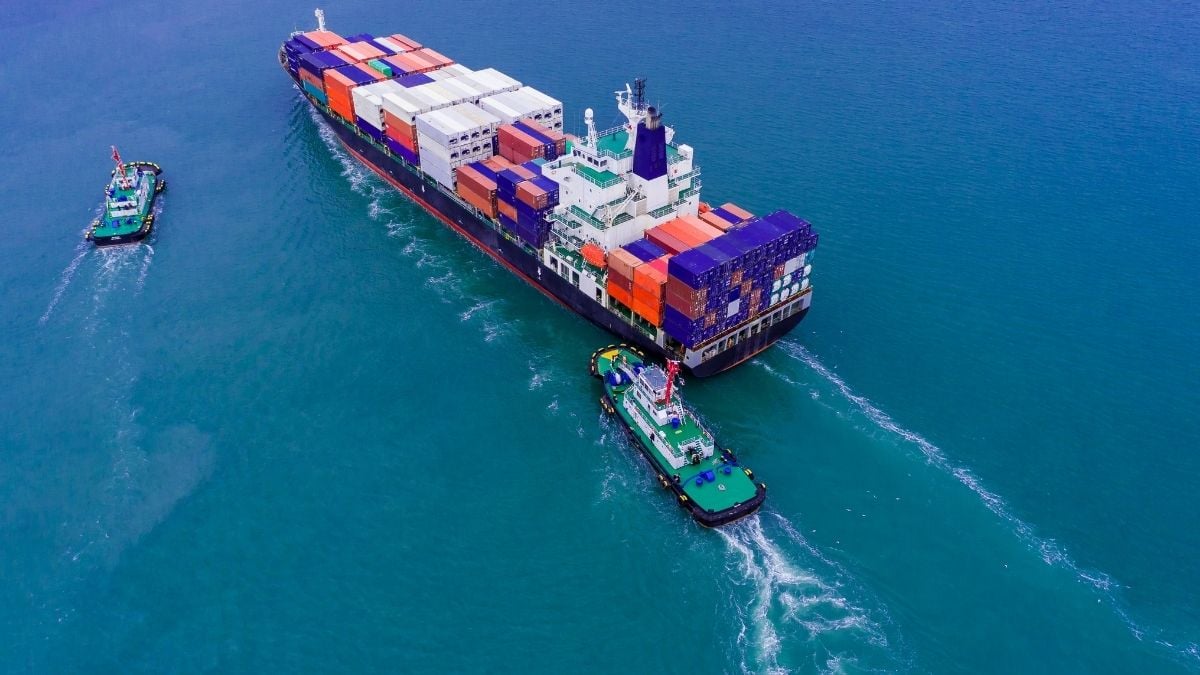 Container-ship operators acknowledge that many ships come and go unchecked. There are many reasons for this, but one is the enormous amount of containers to be handled by terminals every day, thanks to improved container terminal operations. Every year, 750 million containers are shipped around the globe, but less than two percent of these are inspected. Another global rule of thumb is that only one in 10 containers get checked as boxes move quickly through ports and into the sprawling, complicated logistics networks. Customs say one way to mitigate drug smuggling would be to change the risk calculation for smugglers by checking at least three of every ten containers before they are loaded on ships. However, as ship operators are under pressure to deliver vast amounts of cargo on time, this would also mean slowing down commercial shipping operations. This is a tricky question to answer in times of low schedule reliability and container terminal bottlenecks (read more about container terminal automation and increasing productivity). On the other side, shipping and law enforcement officials believe about a third of cocaine cargoes from South America are moved worldwide on commercial ships.

In the case of MSC Gayane, the US authorities knew what to look for as they boarded the vessel. In February 2019, customs seized 1.6 tons of cocaine on the MSC Carlotta at Port Newark, and in March, they found 1,200 pounds of cocaine aboard the MSC Desiree at the Port of Philadelphia. Coincidence? Both vessels were on the route from South America to Europe.

The methods smugglers use follow a pattern: Once a new way of smuggling is successful, it will be exploited to the maximum. In the case of the MSC ships, crew members were bribed $50.000 each to collaborate with the smugglers to haul the valuable cargo on the high sea. According to US customs, container vessels like the MSC Gayane are approached by boats while sailing at night along the coast of South America, using the ship's crane to bring drugs onboard and stuffing the bales of cocaine into containers holding other cargo. Replacement seals are used to close the opened containers and camouflage any tempering.

There are many other successful ways for traffickers to get narcotics (and other goods) undetected onboard, primarily using container terminals as their entry/exit point and misusing the container handling procedures to their advantage.

US customs became aware of the potential load of MSC Gayane as they compared the planned shipping route: from South America across the Atlantic Ocean to Europe. Final destinations: Rotterdam, the Netherlands; Antwerp, Belgium; Le Havre, France; Hamburg, Germany. These ports are transhipment hubs for narcotics to be distributed across the continent. Cocaine lords increasingly use sea transport to bring their products to Western markets in huge quantities. As a result, the risk of getting detected got more significant as the chance to make a fortune. There are now more drug seizures on ships than in the past because of the larger amount and because authorities are alarmed.

Vessels coming in from South America raise almost automatically a red flag. That's why smugglers adapt their routes and ship to Africa and North America first, change vessels and then continue their voyage. Other methods are to use established companies with a spotless records to deceive customs on whether to check or not to check containers.

In the case of MSC, today the world's biggest container-ship operator, $50 million in cash has been paid to release the vessel after it was held for nearly a month. A massive operational loss to the reputation of this company. Despite being put back in commercial service, the ship must be returned to the US within three months if a judge backs the forfeiture of the vessel - a commercial disaster: the vessel is worth approximately $90 million. Even worse, the US authorities have temporarily removed the carrier from a list of trusted operators causing further delays in moving goods through security checks.

Security is in the spotlight again, not only on vessels but also in container terminals. After the case of MSC Gayane, MSC increased safety dramatically. For example, security guards were part of the crew on ships sailing from the western coast of South America. MSC also added closed-circuit cameras on its vessels and implemented cabin checks onboard to ensure workers don't have contraband container seals or other evidence of drug smuggling. In addition, container terminals tighten their security protocols as much as possible, closing security gaps to avoid being held accountable.

This arms race between drug smugglers and container terminal operators continues. Drug smugglers can find opportunities to penetrate the security concepts successfully and conduct smuggling to the profitable markets of Europe and North America in high quantities. Law enforcement is unable to stop this and acknowledges that there is only one way to control the number of narcotics flooding the markets effectively: to make it complicated and costly for the cartels to operate their supply chain. Container terminals are part of this supply chain and play a crucial role in the game for superiority.

In our second part of this series, we will discuss different approaches to container terminal safety and how technology can effectively block out unauthorised container access. 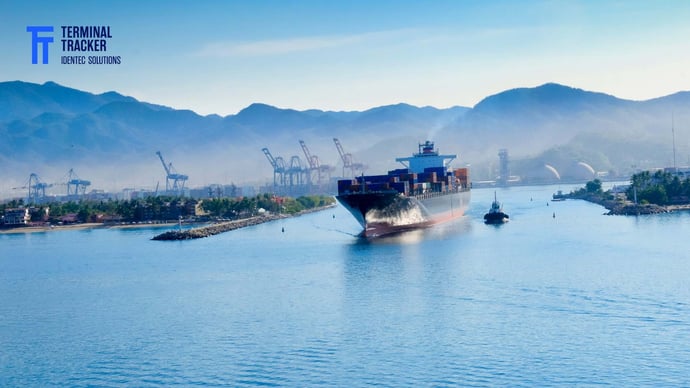