Container terminals are critical knots in the worldwide supply network. At the same time, they are expensive, and resources such as geographical location, space, hinterland connection, and knowledgeable workforce are limited and must be managed wisely. That's why container terminal productivity plays such a vital role. 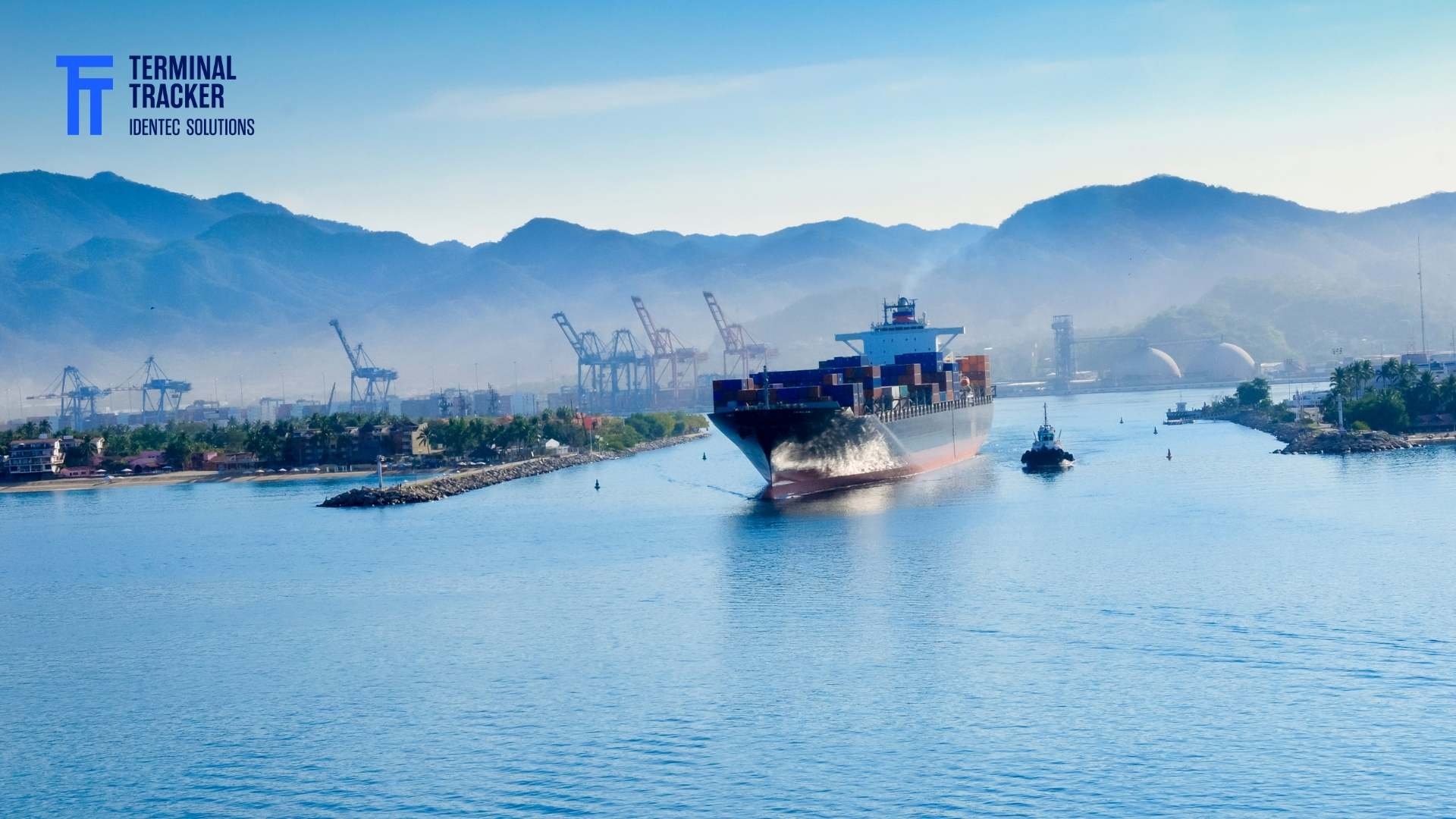 The summary report of the Committee on Productivity of Marine Terminals (source) listed the main drivers of container terminal productivity as follows:

1) The container yard
A container terminal requires an expanse of flat land for temporary container storage. If a broad expanse of land is available, it may be possible to stow individual containers on wheeled chassis; if the land area is small, it may be necessary to stack the containers. The movement of containers requires very different equipment for a chassis operation than for a grounded or stacked arrangement. Generally speaking, the larger the land available, the easier it is to provide efficient land operations within the terminal.

2) The cranes
The cranes are the single most expensive mechanical equipment in a container terminal. Ship-to-shore cranes have been developed to pick up containers from the dock and place them onto a containership or vice versa. Depending on the size of the vessel, several cranes may work a ship simultaneously. Therefore, productivity needs to perform well. Crane delays can be caused by various factors, including the appropriate container or chassis not being available for the next cycle, the requirement for the crane operation to be stopped during coning or lashing, and crane driver capability and experience.

3) The labour
Labour costs are a significant part of any terminal operation and must be considered in any analysis of a marine terminal. The labour productivity in a marine terminal depends on the negotiated work rules and external factors such as age and operability of the equipment and the weather.

4) The gate
The gate represents a significant part of any terminal operation because it controls the flow of containers in and out of the container yard. A typical outbound loaded container is weighed and inspected for damage, and the shipping documents are checked. This process can take minutes or more than an hour, depending on the problems encountered. Therefore, most terminals are equipped with extensive hardware and multiple lane gates to prevent bottlenecks in the flow through the container terminal.

5) The berth
The berthing facilities generally provide the ship with an adequate draft, docking space, and loading and unloading equipment. Therefore, the berth capacity is an integral part of port performance. 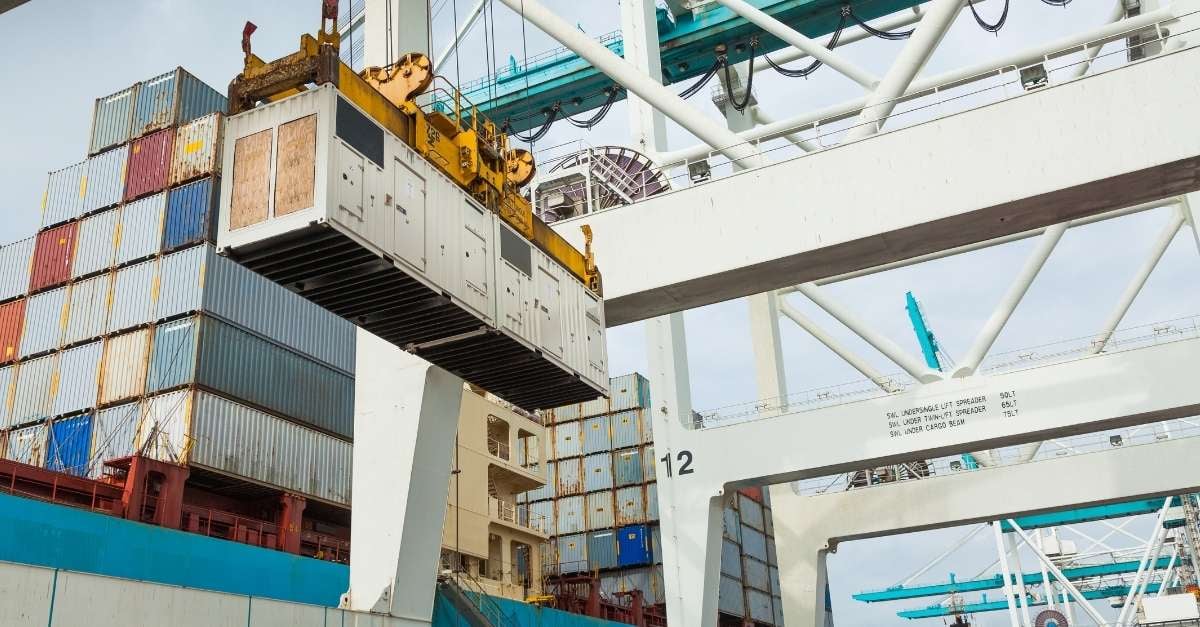 Although the productivity report was written in 1986, the main determining factors for improving container terminal operations remain the same. However, digitalisation, mechanical advances and process improvements have increased terminal productivity since then significantly.

In "Port Economics" (source), the operational efficiency of ports is seen as part of a continuum that includes maritime, terminal, and hinterland operations. As these parts are interconnected, inefficiencies in one dimension impact the others. Maritime operations consist of foreland activities (before arriving), anchorage and berthing. Average anchorage time (ships are waiting for an available berthing slot) and the ship turnaround time (the time it takes to service the vessel once docked) are the leading indicators of maritime operations efficiency. Hinterland operations include warehouses and hinterland activities. The capacity of the local road and rail network is a crucial efficiency factor here.

Container terminals monitor performance to check their efficiency and to set improvement targets. The question is, of course, what to measure and how to measure it. In this article, we asked how to improve terminal productivity. Therefore, we focus on productivity measures such as:

As we know now the main factors of container terminal productivity, we can identify many opportunities for productivity improvement. Therefore, this article will deliberately select a few areas (equipment, crane and labour productivity) to showcase improvement potential.

Intending to improve equipment productivity, we could focus on container handover first. Driving containers from point A to B in a yard is not only about driving, but foremost about locating a container and delivering it to the right place. The most vital prerequisite for efficient equipment productivity is having containers for fast pick-up and delivery. For that, yard inventory must be as accurate as possible by removing all assumptions about the position. Also, suppose an operator lifts a rear-mounted container rather than the forward-mounted container as planned. In that case, an automatic function should report this error and ensure the correct container is stowed in the reported yard destination. Otherwise, wrongly placed containers may delay the departure of an entire ship and result in penalties. Terminal productivity will increase significantly if the process doesn't rely on individuals to confirm position or action. The improvement will boost also crane productivity up to 0.5 to 1 moves per hour per crane.

Talking about misplaced containers: They will cause the deployment of search parties to find the misplaced container and decrease the labour productivity (container moves / person-hour). The source of this problem is inaccurate logs of container positions in the yard. This happens when containers are transported to the wrong targets, or the wrong container is picked-up. The probability increases if the containers are temporarily placed outside predefined mapped slots due to insufficient container space. A proper process should indicate that the pick-up vehicle is correct and enable the twist-lock function to avoid such a scenario. Unplanned moves should not be completed and, at best, not even start. With a proper process in place, almost no container will be lost ever again. (Learn also about unreported container damage and how to solve this)

Monitor the state of vehicles

Another idea to improve equipment productivity would be to minimise unexpected breaks of machinery. Maintenance and monitoring are the only ways to counter the possibility of a machine breakdown. For example, a process that automatically monitors fuel consumption, tyre pressure, engine temperature and battery status could foresee a mechanical problem and plan maintenance or repair when the machine is not in use. This will keep your equipment productivity at a high level, reduce operational costs, and increase safety by avoiding a dangerous tire blowout.

Synchronising your container terminal assets bears additional improvement to equipment, labour and crane productivity. Imagine a process which allocates and reserves assets for a future date (ship arrival) and plans a particular shift: workforce, cranes, and vehicles will be calculated accordingly to your unloading time frame and other operational requirements, balancing efficiency and performance to increase the throughput.

Container terminals are critical knots in the worldwide supply network. At the same time, they are expensive, and resources such as geographical location, space, hinterland connection, and knowledgeable workforce are limited and must be managed wisely. That's why container terminal productivity plays such a vital role. Areas of improvement are manifold and should be chosen where the impact is critical and offers a good ROI. Container terminal automation of processes is technically feasible and eliminates costly human errors but should offer enough flexibility to handle exceptions. 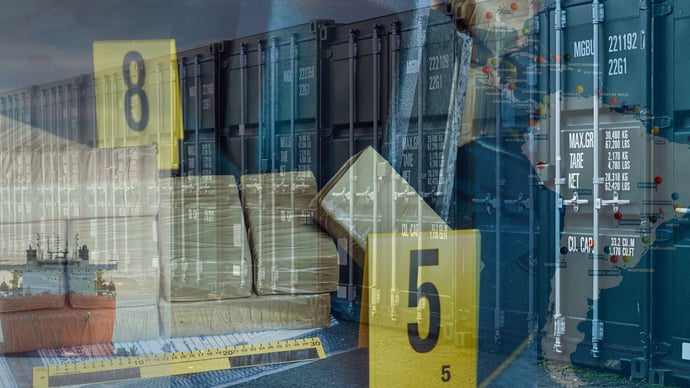